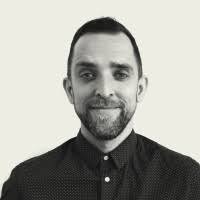 Slow and steady wins the race, right? Not in digital it isn’t.

We live in an era of huge change, which is predominantly fuelled by the way digitization has affected our daily lives.

Look at the way we consume TV now. Or shop. Or listen to music. Or communicate with friends. The list of things which have been affected by widespread digital access is notably long.

While these may not be classified as “change” by the kids of today, anyone over the age of 20 will remember waiting for their TV show to start, and ringing their local takeaway to make an order. Even sharing photos actually required being in front of the recipient a decade or so ago.

Ever since the iPhone became a “thing” in 2007, the evolution of the way we build websites has kept a pace. We have had new coding languages arrive, old ones fall out of fashion, and the process in which we build applications has even changed – care of Apple and Google.

Even with the advent of digital strategy, the requirement to transform whole businesses operationally, and the much debated “agile” philosophy – one thing remains consistent: speed.

For a while in the early 2010s, there was a period when digital processes and systems failed to support this speed mantra. It’s not entirely clear whether this is because the ambition to go fast overtook the amount of capability in the industry, or the software was simply too cumbersome to connect expediently.

At The Collective, we support speed as a value pillar because A) We see it within every RFP, but also because B) The desire amongst our clients has never been more prevalent. After all, you know there’s a clear change in the market when the acronym MVP gets thrown at you in kick-off meetings.

Regardless of this cultural switch-up, we endorse the value of going fast. Getting a website or application in the market quickly is now the status quo. Especially with the advent of cloud and dev-ops, and while more of the world is online than ever before.

One of the reasons Uber has been so successful is it was first to market. Its first incarnation may have had laughably poor UX, and functionality, but it was out there, gathering all-important user feedback and very quickly updating its experience.

The same, therefore, must apply to our clients. In years gone by, my instinct would be to push clients to audit their peers, iterate the UX and plan roadmaps. Nowadays, by contrast, we concertina our Discovery and Define phases into a few short weeks, punctuated with workshops where we draw low-fidelity wires, and iterate taxonomies and journeys on virtual Miro boards. The idea, of course, to get something into the hands of our client within weeks – a POC which is malleable, and can be iterated with their input. After all, while we know digital, they know their industry better than us.

There are many benefits to this:

As a platform agnostic agency, with experience on a huge suite of platforms, we know what works for our clients. We also get to choose the right tool for the job. Not everyone needs a sledgehammer; some prefer - and clearly need - smaller, versatile tools which support the program’s velocity, offer a multi-site and headless approach, integrate with myriad third-party tools, have a cloud-ready set-up, and can work with brilliant front-end technologies, such as React. Not surprisingly, we are seeing a trend in the tools which tick these boxes being widely accepted by IT teams, where previously they were closed.

We recently worked with a challenger bank in KSA, and the reception to this development philosophy and, by association, a platform which facilitated this approach has just worked so seamlessly well. Contentful was at the heart of this solution.

Now we accept speed in financial services is clearly a value-add, but seeing the smiles at the board-level reception to its demo has led to bigger, far-reaching discussions about rolling out this solution design across the entire group. The fact that this means the team can get this live within months of kick-off, beat its rivals to market, and validate the ideas on its product development roadmap, only goes to show you the many attributes of speed as a value pillar.

T is for Talent

Bang for your buck

One of our representatives will be in touch with you shortly.

Your web browser is not fully supported by our website. For optimal experience and to view full features, please upgrade to a modern browser.

You can get the new Google Chrome here.

For an optimal experience, please
rotate your device to portrait mode.